Of ‘Zen,’ Gumption, and Conversion 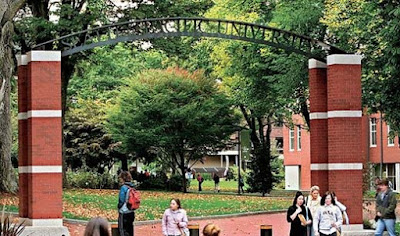 "His name was Mu-nan, the man who never turned back."
~ from Zen Flesh, Zen Bones

Somewhere in the diffuse literary swamp that is our home library there’s my beat-up purple paperback of Zen and the Art of Motorcycle Maintenance – or not. Who knows? The chances are pretty good that I passed it on to somebody long ago, but I went searching for it in the stacks anyway.

I was hoping to track it down because I’d heard on NPR that the author, Robert Pirsig, was dead, and I had had a vivid flashback: There I was, in the student union at Seattle Pacific, sitting in a booth by myself, captivated by this exotic, exhilarating novel/travelogue/testament. Consequently, I wanted to find my copy of Zen to maybe conjure up a bit more of what’d been on my mind back there in Seattle. Not to re-read it, mind you, but just to hold it in my hands again. To see if I’d scrawled anything in the margins, perhaps, or underlined anything.

When I read Zen in Seattle, I was an unsettled student of theology wrestling with doubt and anxiety – about my faith, about my direction in life, about my transition to adulthood, oh, and lots of things. I was searching for something – something…different, I suppose, different than what I was accustomed to. I’m not sure how I came upon Pirsig’s book, but I latched onto it because it was plenty different – bizarre even, a “metaphysical meditation on everything from East Asian philosophy to the author's own struggles with mental illness,” as NPR’s David Greene put it. I couldn’t make heads or tails of it, but there’s no question that it shook me up but good. 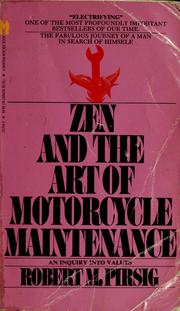 For one thing, there was the Zen stuff – which was in itself a huge departure for me, and even a bit risqué for an evangelical. Was it OK to be delving into Pirsig’s Buddhist-inspired constructs, despite my ability to comprehend it all? Was it dangerous? Allowed?

Like I said, I didn’t understand it much, but at some level I could grasp the book’s fundamental juxtaposition of the Western, classic approach to life (objectivity and rationality, mechanics) and the Eastern, more experiential approach (romantic orientation, subjectivity, Zen). Pirsig drew on something he called the Metaphysics of Quality to reconcile the two, but that was way beyond me. Instead, what I remember appreciating was simply the opportunity to consider reality and the human condition from an entirely foreign vantage point. That was pretty new to me, and I found it provocative and totally rejuvenating.

Another dimension of Pirsig’s book that I relished was its implicit rejection of navel-gazing. I wasn’t very good at philosophizing anyway, and Pirsig in a sense gave me permission to let it go. Instead, as James Hagerty pointed out in his WSJ obituary, Pirsig “proposed a revival of ‘gumption,’” which, in the book, is represented by he and his son taking to the road. Here’s how Pirsig himself summed up the word in Zen:

A person filled with gumption doesn't sit around dissipating and stewing about things. He's at the front of the train of his own awareness, watching to see what's up the track and meeting it when it comes. That's gumption.


Two things can derail us from a gumptious trajectory according to Pirsig. Either exogenous, outside set-backs, or endogenous, interior hang-ups. Both are essentially obstacles that get in the way of momentum, and it’s momentum that keeps us on fire for what matters.

And what matters? Here again, I’d have to say that Pirsig lost me. I was ill equipped as an undergraduate religion major to comprehend the author’s philosophical abstractions. What I was able to glean from Pirsig was a passion for searching, along with a determination to push aside obstacles that might dissuade or discourage.

It wasn’t long after I read Pirsig’s Zen that I began toying with the idea of becoming a Catholic. That took a willingness to consider a radically different worldview on its own terms, and the gumption to stick with it even when external and internal voices were advising otherwise. Although I read Pirsig’s masterpiece with an eye toward flirtation with Eastern religion, it ended up being a subtle preparation for my subsequent Catholic conversion. Zen wasn't a major influence, but it surely played a role. That might sound strange, especially given Pirsig's rejection of organized religion as "delusion." Even so, we know from Scripture that God is the master jury-rigger, and there are virtually no limits to what (or whom) he will draw on in the order of grace. Whatever it takes.