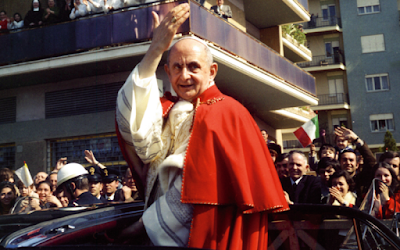 “Purity is the beginning of all passion.”
~ G.K. Chesterton

The 50th anniversary of Humanae Vitae is coming up in July, but the Wall Street Journal got a jump on the commemorative analysis. “Catholics have overwhelmingly rejected the document’s teaching,” Francis X. Rocca avowed on Saturday, and the upshot of that rejection was captured in his essay’s title: “A Church Still Divided by Birth Control.” Rocca offers as evidence the Pew Research Center’s 2016 U.S. study which “found that only 13% of weekly Mass-going Catholics thought contraception was morally wrong.”

Since “weekly Mass-going” is one of my own criteria for distinguishing between “practicing” and “cultural” Catholics, I was taken aback. How could it be that so few practicing Catholics in this country embrace this essential teaching of the Church?

So, I tracked down the study – and what Rocca reported is true (if you trust Pew Research – which I do). But, as usual when it comes to Catholic controversy, there’s more to the story. A couple easy hyperlink clicks later, and I came across additional Pew data on American Catholicism that I found illuminating. “Most U.S. Catholics rely heavily on their own conscience for moral guidance,” goes the headline, and by “most” the Pew folks mean 74% of the weekly Mass crowd as well as 73% of their “not highly religious” (non-weekly Mass) counterparts – a statistical dead heat.

As the Pew summary noted, the Church herself strongly endorses reliance on our consciences when it comes to moral decisions, but there’s a caveat: We have a duty to form our consciences properly through ongoing recourse to Sacred Scripture and the Magisterium (CCC 1785). Claire Gecewicz, the Pew researcher who summarized the Center’s findings, acknowledges this, but then she goes on to speculate that U.S. Catholics “may not look directly to the Bible, the pope or the Catholic Church’s teachings when making difficult moral choices, but they may be guided by these sources indirectly through their own ‘well-formed’ conscience.”

Is it just me, or is Gecewicz describing something that sounds like circular reasoning?

In any case, I do not accept Rocca’s assertion that U.S. Catholics have dispensed with the teaching of Humanae Vitae for the simple reason that U.S. Catholics seem to be, by and large, unfamiliar with what Paul VI’s encyclical actually teaches – or else, they’ve forgotten what they should’ve heard in their Pre-Cana classes. I admit I have no Pew Research to back me up on this, and I could be totally off base, but I’ll bet your typical weekly Mass-goer who dismisses Humanae Vitae assumes it’s a document exclusively about what you can’t do.

Yet, those of us who have taken the trouble to read the encyclical and ponder Paul VI’s teaching know that it’s mainly about what you get to do – that is, fully experience mutual self-giving in marital intimacy as God designed it, along with all its benefits beyond the bedroom. Conscientiously following the teaching of Humanae Vitae does involve some sacrifice, but it “fosters in husband and wife thoughtfulness and loving consideration for one another,” Pope Paul explained, and it “helps them to repel inordinate self-love, which is the opposite of charity” (HV 21). And that’s just a sample of the Holy Father’s wisdom. There’s plenty more where that came from – we just need to get the word out.