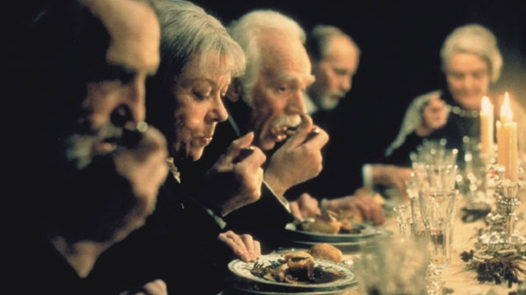 Last June, I had the distinct privilege of sharing my testimony at a Notre Dame symposium put on by the McGrath Institute for Church Life’s Center for Liturgy. The symposium’s overall theme was “The Eucharistic Life,” and at week’s end I had the chance to relate my own spiritual story according to a Eucharistic vision. I was grateful to Dr. Tim O’Malley for the invitation, to his staff who helped me with the many details, and to the symposium participants who listened attentively to my remarks – not to mention my ums and ahs, my rambling digressions and my sobs. I don’t often get the chance to talk so freely in public about my faith history and conversion to Catholicism – my favorite, my most favorite tale to tell – and I relished the opportunity to do so at such a receptive gathering.

Then, a week or so ago, I received a follow-up email from Carolyn, the Center for Liturgy’s Program Director. “We are assembling a list of resources for our participants,” she wrote, “so if you could, send along your top 3 recommendations for indispensable books/articles that have meant a great deal to you in your study and formation that you feel our participants should know about and read.” Thankfully, mercifully, Carolyn tacked on this addendum: “Feel free to send more than 3 if you like.”

It was like an unexpected, delayed bonus on top of the honor of actually sharing at the event. As a frequent bookstore habitué (and former bookstore clerk), recommending books is second only to actually reading them in my way of seeing things, so Carolyn didn’t have to prod me for a response – especially since she lifted the numerical restriction.


[I zoomed through Lewis's Narnia Chronicles when I was a 7th-grader, and I've come back to them periodically – and not just to read them to my own kids, but for my own pleasure and edification. Dawn Treader in particular has stood out in my memory over the years for its thread of adventurous journeying that has its genesis in a metaphysical accident. A group of children are gazing at a painting of a ship at sea, and the painting comes alive – and the children clumsily tumble down beyond the picture frame and into the painted scene. As an Evangelical, I came to interpret this imagery in terms of Christians inhabiting the Biblical literature. As a Catholic, I've come to further embrace that opening sequence as a potent metaphor for how we can be drawn into and come to inhabit the liturgy itself. In other words, the real adventure of Christianity is at the altar, the fount, and the kneeler. When we inhabit a sacramental universe, then anything can happen.]

Plus, three movies – all of which were books first (or at least a play in the case of Wit), but I like the movie adaptations a lot:


[I've been showing this HBO production of Margaret Edson's play to my nursing students for eons. Emma Thompson is superb in the role of Vivian Bearing, an English scholar who is dying of cancer. To me, its frequent biblical, hagiographic, liturgical, and sacramental allusions are palpable and illuminating. Every time I screen it for my students, I see something new – every time, really! It's a remarkable play, and this film version is astonishing. And the Eucharistic epiphany – a moment of breathtaking nuance and grace – is unforgettable.]

Come to think of it, I recall that Disney's version of Beauty and the Beast – the animated one from 1991, not the live action one from last year – had some powerful Eucharistic undertones. [Selfless love, transformative grace, death into life, and more.] Oh, and Diary of a Country Priest (1936) by Georges Bernanos is highly recommended, as is the old film version from 1954. [Both convey that same idea I found so compelling in Dorothy Day and Miller's Canticle: That a Eucharistic life is one that is shot full of Christ, and there's no out of the way corner or nook of our experience that escapes his expansive, crucified presence. "Does it matter?" the protagonist confesses at the very end. "Grace is everywhere...."]

Dom Hubert van Zeller is uniformly wonderful. Anything by him is recommended. [It's true. I've never encountered anything by Van Zeller that I didn't find captivating, instructive, and beneficial. And, as a Benedictine, even when he's not writing about the liturgy and the Eucharist explicitly, he seems to lean on their ubiquity, always in the ether informing and pervading everything else. That's my goal, too. I'm working on it.]
_________________________________