Krauthammer concedes that an embryo is indeed a “new human life,” but he sees no problem in destroying embryos in order to conduct research on their cells. His argument – emphasized in italics, no less – is that thousands of such embryos “will be destroyed anyway,” so snatching a few stem cell lines before they’re snuffed is simply a practical matter. 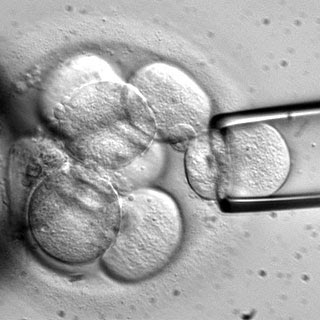 Where Krauthammer does have trouble is the possibility that embryos will be produced (and presumably sold) for experimentation purposes only, and he calls for limits to be included in the stem cell bill that is working its way through Congress.

If Mr. Krauthammer is not bothered by the disposal of “extra” embryos, then why would he be bothered by entrepreneurs trafficking in embryonic tissue and cells? If pre-born human beings are not persons, as he suggests, then what difference would it make if free and fertile citizens made a few bucks by providing embryonic grist for the stem-cell mill? The inconsistency in Krauthammer’s logic betrays an underlying relativism that allows him to pick and choose what kinds of human life are worthy of protection.

A second question for Krauthammer follows hard on the heels of the first: If he is troubled by the idea of “human manufacture,” then why isn’t he complaining about the IVF industry itself? It is well known that successful IVF is dependent on embryonic redundancy, and that every attempt at achieving pregnancy through this method will result in the production of multiple “spare” embryos that are usually destroyed. Isn’t this the very utilitarian human manufacture that Krauthammer is afraid of?

The pro-life bottom line is this: All human life is precious, including the zygotes and blastocysts that Krauthammer so glibly dismisses as non-persons. To designate certain stages of human development as expendable is to engage in the very moral reasoning that has been used to justify all kinds of depravity and violence in the recent past.

Either human life is sacred and deserving of every protection from conception until natural death, or else no one is safe. This is not merely a lesson from religion; it is a clear and disturbing lesson from history, and one which our national leaders should heed as they consider the stem cell issue.
__________________________

A version of this letter originally appeared in the South Bend Tribune's "Michiana Point of View" on September 2, 2005.
Posted by Rick Becker at 11:42 AM