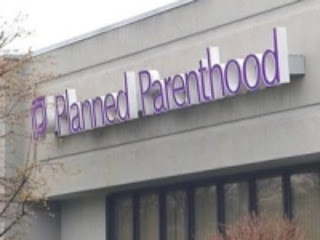 The headline above Heather Cope’s Oct. 15 Voice letter – “Youths need accurate info about sex” – is true enough, but it’s an open question whether her employer, Planned Parenthood, is the best one to provide it.

Planned Parenthood is not, as Cope would have us believe, in the helping business; it's in the contraception and abortion business. Although it operates as a charitable organization, Planned Parenthood Federation of America managed a $35.2 million “excess of revenue over expenses” last year, and it has realized similar “excesses” every year since 1987.

Even if one overlooks this enormous revenue stream, it is hard to ignore Planned Parenthood’s passionate commitment to their mission to undermining traditional, family-oriented sexual mores and to ensuring unfettered access to abortion for any reason and at any time. When Planned Parenthood representatives suggest resources about sexuality and contraception, we should be on our guard and question the impartiality of the proffered advice.

Case in point: Cope presents statistics regarding the sexual practices of teens, and her only remedy is to push condoms and urge better access to the Planned Parenthood version of sex education. Conspicuous by its absence is any hint of a recommendation that chastity and self-control be promoted among our teens. Parents who are truly interested in the long-term welfare of their children would do well to avoid Planned Parenthood’s advice, and turn to places like Sex Respect or Rock for Life for support.

In a sex-obsessed world, our youth need reinforcement in their struggles to choose purity and abstinence, not encouragement to choose immediate gratification and excess.
______________________
This letter appeared in the "Voice of the People" section of the South Bend Tribune on November 6, 2005.
Posted by Rick Becker at 3:42 PM