I knew Ruth Davidhizar from afar my first years at Bethel College. She was the dean, a nationally known scholar, and an accomplished author; I was a second-career pre-licensure nursing student with a bunch of kids and very little self-confidence. She was the big cheese; I was a condiment at best. 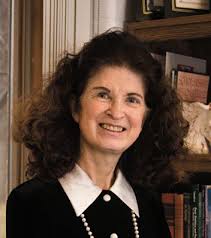 In time, however, Ruth took me under her wing, and I came to see her as a mentor and even friend. After receiving my ADN and RN in 2000, Ruth had me come back to Bethel and tutor undergraduates in chemistry — not that I was a chemistry wiz, mind you, but only because I seemed to have a knack for helping people at least pass the class.

After two years of working in oncology nursing and hospice home care, I returned to Bethel to work on my BSN. Ruth made appearances in all undergraduate classes back then, presenting her rich insights regarding transcultural nursing and cross-cultural competence. At a school dedicated to missions and missionary training, Ruth’s expertise in this area was especially valuable, and it was particularly valuable to Bethel's nursing students regardless of their destination post-graduation. For, as you know, every family system — every individual — is a culture unto itself, and Ruth prepared us all to view nursing service as a cross-cultural encounter, whether it happened in the jungles of Asia, the steppes of Russia, or a med-surg floor at the local hospital.

And she was kind. Ruth was tireless in seeking out resources — i.e., money — for her nursing school and especially her beloved nursing students. Ruth, who had no children of her own, really did see us all as her family. She loved the art and science of nursing, and she was truly dedicated to instilling in her students — her heirs — a love for it as well.

When I was preparing to graduate a second time from Bethel with my BSN, I had some time to chat with Ruth during my exit interview, and she asked me what my intentions were in the future. I told her then that I hoped to begin a master’s program in nursing education and then someday come back to Bethel to teach. Pretty much at that moment, the exit interview concluded, and I saw Ruth’s eyes go glassy as the wheels in her head start to churn. 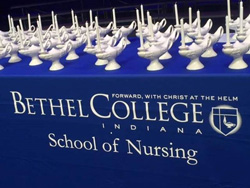 Within a day or two, she called me to ask if I’d consider taking a teaching post right away — with the proviso that I’d make steady progress on my master’s and graduate within a reasonable amount of time. I was floored and flattered, and I said I’d certainly think about it. Ruth then told me that she’d already set up an appointment for me with Bethel's President Bridges so that I could get additional information. This appointment turned out to be a pre-employment interview — something I only discovered at its conclusion when the president mentioned the starting salary for new associate faculty.

Ruth shepherded me through the application process and additional interviews, and she hired me to teach that next fall — and I’ve been at Bethel ever since. What a privilege it was to serve under and with Ruth in this tremendous profession — to have her feedback as I learned how to teach, to receive her encouragement and support, to know she had my back as a rookie nursing instructor.

I continued work on my M.A. throughout my first years as an instructor at Bethel, and I managed to complete it the same summer Ruth fell gravely ill. The last time I saw her, she was at home, and a number of us on the faculty were visiting to express our love and affection. Given how important Ruth was to me, both professionally and personally, it was hard to think of an appropriate token to present her, but in the end I decided on a copy of my final master’s research project. Anyone else would’ve (understandably) politely received such a “gift,” and set it aside to be disposed of at a convenient time. Ruth, though, recognized it for what it was: a milestone in an individual’s career in which she was hugely influential. Her expression of gratitude at that moment, I believe, was heartfelt and genuine.

Ruth Davidhizar served the nursing students at Bethel College for over twenty years until her death on September 11, 2008. A version of this tribute appears on the Transcultural Nursing Society website.
Posted by Rick Becker at 9:57 AM