Custody of the Holy Land 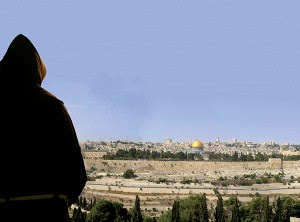 
My first encounter with St. Francis of Assisi was at Seattle Pacific University, a Free Methodist institution.

I was taking a Church history class, and the cavernous reality of Roman Catholicism was just beginning to dawn on my evangelical consciousness. At one point, the professor gave us an assignment to read a biography of any prominent historical Christian. I headed to Weter Library, followed the Dewey numbering system over to the appropriate shelves, and there spied a small, worn volume with faded gold lettering.

“St. Francis of Assisi,” I muttered as I plucked it from the shelf. “I think he’s the bird guy.”

I checked it out.

Now, understand that I’d been a born-again Christian since grade school, and I was well familiar with the great figures of the Old and New Testament. Also, I was acquainted with many notable Protestant heroes – the missionaries who’d given their lives to bring the Gospel to forgotten lands, the martyrs of Nazi prison camps and Communist gulags, the fearless evangelists of our own country’s frontier territories and inner cities.

But this! I was unnerved as I read – nothing could’ve prepared me for it. Francis leapt from those pages fully alive, an icon of Christ, an affront to my tidy ideals and pious stratagems. What had been posed as a simple course requirement became a face smack: here was lived Christianity – an embodiment, not just an imitation. Could it be replicated? Who would dare?

Years later, after winding my way to Roman Catholicism, I had my answer: everyone must dare, even me. The Franciscan vision of nurturing mini-incarnations of Jesus in every place and everybody is the vision of the Church, bent on making saints of us all. “Every person must walk unhesitatingly according to his own personal gifts and duties in the path of living faith,” Lumen Gentium teaches, “which arouses hope and works through charity” (39). Francis’s life points the way for living the Gospel sine glosa – without excuse. No ginger tiptoeing around the minefields of sanctification; nothing short of total transformation will do.

Is it any wonder, then, that the followers of St. Francis are so closely identified with the Holy Land? We worship the God incarnate at Bethlehem, the one who wandered throughout Galilee and worked in the shop at Nazareth, a man-God who died atop Golgotha and was buried in a cave outside Jerusalem – these things all really happened, and so they happened somewhere. “One cannot desire to identify with Jesus,” writes Franciscan Father Pierbattista Pizzaballa, “and neglect the place where He lived.”

This is of particular importance to Pizzaballa, the major superior of the Friars Minor in the Middle East and the Custodian (Custos) of the Holy Land. He and his community oversee some 49 sacred sites associated with the life of Our Lord, not to mention numerous parishes and a wide variety of charitable works.

The Franciscan relationship to the Holy Land is unique and stretches back to the earliest days of the order. The Saint of Assisi established his little community in 1209, and by 1217, a General Chapter was already divvying up the entire world into Franciscan provinces, including the territories of the Middle East – the “pearl” of the order’s realms of influence. 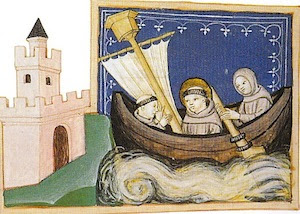 Starting most notably with a visit by Francis himself, a Franciscan presence in and around the Holy Land has been maintained with very little interruption for nearly 800 years. In fact, the order has long represented the primary continuity of Catholic influence in that volatile region, a state of affairs formally constituted by Pope Clement VI in 1342 and reiterated by Pope St. John Paul II 650 years later.

By order of the Holy See, the “friars of the cord” have a solemn responsibility to provide hospitality to pilgrims and to “animate” the land’s sacred geography. In short, as Father Pizzaballa puts it, they’re called to “to turn the stones into ‘living stones.’” Moreover, the sons of Francis join with all other Christians there in attempting to follow Pope Francis’s call, despite current hostile conditions, “to promote dialogue, to build bridges in the spirit of the Beatitudes (cf. Mt 5:3:12), and to proclaim the Gospel of peace.”
____________________________________


A shorter version of this essay originally appeared in Franciscan Way, Franciscan University of Steubenville.

In addition to contributing to the annual Good Friday Holy Land collection taken up throughout the universal Church, the faithful can further support the Holy Land Franciscans through prayer, voluntary service, and financial pledges. For more information, follow this link.
Posted by Rick Becker at 9:32 AM