Of Pericopes, Susanna, and the Long Form of Our Lives 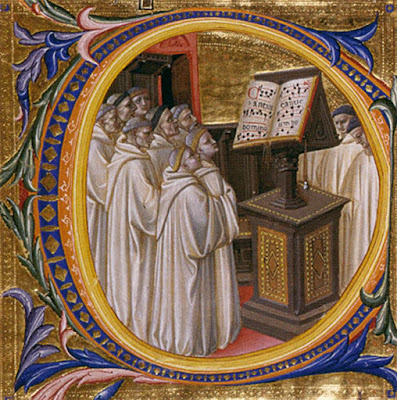 Today’s Gospel is punchy and short – a mere seven verses. It’s Matthew’s version of the Pharisees’ attempt to “entrap Jesus in speech” with a set-up question about the census tax. There’s a beginning, a middle, and a memorable gotcha at the end: “Repay to Caesar what belongs to Caesar and to God what belongs to God.” The brief passage is neat and tidy, and it lends itself well to exegetical musings. It’s a made-to-order liturgical “pericope” – a fancy word for any chunk of text that is considered in isolation from a larger work.

Compare that to last week’s Gospel pericope from Matthew which was twice as long, but only if you “include the bracketed text for the long form.” You’ll recall that it featured Jesus comparing the kingdom of heaven to a king’s wedding feast. The invited guests begged off, so the king sent out his servants to round up the rabble to fill his table. The optional ending was about one of those substitute guests, inappropriately attired, who was booted out. The last line was cryptic: “Many are invited, but few are chosen.”

Lots of meaty sermon material in both the long and curtailed forms of that Gospel, but why are there two versions to begin with? We’re talking about a difference of a mere seven verses, so it’s not really a time-saver to cut the reading short. Is it mainly a matter of homiletic preference?

It seems so. According to the General Instruction on the Roman Missal, “a pastoral criterion should be kept in mind” when given a choice of reading length. The GIRM continues: “On such an occasion, attention should be paid to the capacity of the faithful to listen with fruit to a reading of greater or lesser length, and to their capacity to hear a more complete text, which is then explained in the Homily” (§360).

That makes sense, I suppose, but I can’t help thinking about so many other, much lengthier lectionary entries that don’t offer truncated alternatives. There must be some reason that they aren’t subjected to liturgical dismemberment whereas others were.

And then there’s the mother of all liturgical readings which comes around every Lent: The story of Susanna and the Elders. Susanna, a pious Hebrew resident in Babylon, goes to bathe in her garden. Two lecherous elders, united in their lust for the woman, break in on Susanna’s solitude and demand that she lay with them. When she refuses and calls out for help, the two men accuse her of impure acts with a stranger of their invention. The elders’ lofty status gives their claim credibility over Susanna’s denial, and the innocent woman is condemned to death. Eventually, the young prophet Daniel comes to her defense, interrogates the “witnesses,” and the truth comes out. Susanna’s virtue is vindicated, and the two lying lechers are executed instead.

The full version of this tale weighs in at 51 (!) verses, and even the shortened form is on the longish side, at least for a weekday Mass. True, it’s not a Gospel, so we get to sit for it, but either version represents a marathon – especially for the reader.

And why? Couldn’t the Church have chosen to break it up into smaller pericopes over a couple days – maybe even three? No, and I’m guessing it’s because there’s no way to further trim down the narrative without destroying its edifying impact. In order to appreciate the moral of the story – that “faithfulness triumphs over adversity,” in the words of Toni Craven – we have to have to know the setting, the characters, both good and bad, and the drama of Daniel’s detective work. In other words, we need to have the big picture. We need the beginning, middle, and end.

The same holds true for our own lives and the lives of all those we encounter. The pericopes of our personal histories – individual acts and choices, particular events and seasons in the course of a lifetime – can never sum up who we are. Instead, we’re each a complicated mess of virtue and vice, aspiration and despair, and it’s impossible to fully understand ourselves from the inside out, let alone our neighbors.

But God knows our big pictures. He knows the grand sweep of our ups and down, and sees us all as works in progress, saints in the making, heirs to the promise of salvation no matter how many times we turn aside and seek after something less. And we do well to adopt that divine vision as much as possible – both of ourselves and those around us. “We can’t hope to know others as we should like to,” writes Hubert van Zeller, “but we should make it our business to know them as well as we can.”

Which is why I always hope to hear the long form of Susanna’s story every Lent. It’s a fine reminder of how God discerns our own complicated stories, and an implicit exhortation to seek the big picture of those around us – bracketed text included.
___________________________

A version of this reflection appeared on Catholic Exchange.
Posted by Rick Becker at 2:09 PM