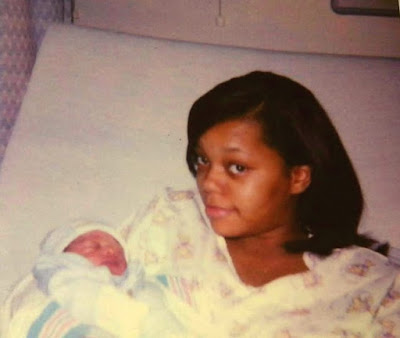 I listen to National Public Radio all the time (as my kids can attest) because it’s informative, well produced, and convenient – radio is a terrific medium for those on the go and, what’s more, it’s free!

However, like most mainstream media outlets, NPR leans pretty far to the left, especially when it comes to social issues, and particularly concerning abortion. Probably they’d deny such editorial leanings, and they’d point to the numbers – like, maybe, the balanced amount of airtime they grant representatives from both the pro-life and pro-choice camps. But you can’t listen to NPR long without picking up on a subtle emphasis in tone and language that betrays their pro-choice bias. What's more, pro-choice adherents and their positions are rarely criticized, while pro-life spokeswomen are frequently patronized by their on-air NPR hosts.

This despite the fact that pro-lifers are speaking up for a marginalized and persecuted class of humanity that can’t speak up for itself – the very kind of sub-group that NPR likes to draw attention to and defend. Even so, sometimes the NPR editors make programming decisions that buttress the pro-life cause, despite what seems to be their intention otherwise.

Case in point: Two unrelated stories that appeared on two different shows on the same day a couple weeks back. In the afternoon, there was a story on All Things Considered about pro-choice pioneers in Chicago that provided illicit abortions prior to the Supreme Court’s Roe v. Wade decision in 1973. The underground group went by the name “Jane,” and they developed an elaborate, clandestine system to evade the law, connect with women who sought abortion, and then perform the procedur themselves – despite a lack of medical training. The ATC segment featured early Jane enthusiasts, including Martha Scott:


Scott says she performed hundreds of abortions. It's a relatively simple procedure, but she acknowledges that there were risks to what they were doing. Some clients ended up in the emergency room; some had to undergo hysterectomies. “You're messing around inside somebody else's body. It’s not necessarily given that you won’t do harm,” Scott says. “It wasn't perfect, by any means. But we were dealing with women who really didn't have other options.”

By itself, it’s a typical NPR abortion puff piece, and it paints the pro-choice scofflaws in the best possible light. The members of Jane are what NPR’s largely progressive listening audience would call abortion heroines, after all, who risked jail time, unemployment, and social ostracism in order to facilitate the termination of unwanted children. Yet, in all the years (decades) that I’ve been listening to Public Radio, I can’t recall a single comparable story lionizing the peaceful pro-life activists who risked all the same things in order to bring pregnant women alternative, life-affirming choices.

Even so, NPR itself highlighted that alternative perspective earlier in the same day that the Jane story appeared. It was a Story Corps segment during NPR's Morning Edition that featured a conversation between April Gibson and her teenage son, Gregory. When Gibson got pregnant as an unmarried teen, she apparently didn’t consider abortion an option – or else she couldn’t. “I just took care of you,” she tells Gregory in the Story Corps segment. “I did what I was supposed to do.” Maybe she didn’t really have other options; maybe she didn’t have folks like Scott and her ilk proffering cheap termination services. 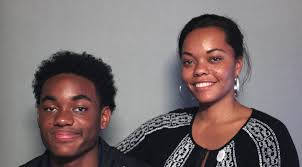 From an NPR point of view, that sounds like an injustice: Gibson shouldn’t have been compelled to any baby-related “supposed to do.” I’m guessing All Things Considered might’ve preferred to relate Gibson’s story as an cautionary tale: “See what happens when women don’t have choice? They have to take care of a baby.”

But Gibson tells her own story with confidence and joy, and she makes it plain that she has no regrets. “I couldn't believe what people told me about myself or about ‘those people’ like me,” she tells her son – and us. “This is my baby, and I love him, and I can feel something. It’s not a fairy tale, it's not a failure. It's just a process, and now we're here, 16 years later.”

It was a moving testimony, and I couldn't help thinking about Gibson and Gregory later in the day as I listened to the story about Jane. All those hundreds of abortions that Martha Scott and her friends performed, and the hundreds of Gregorys who perished as a result. Their moms might’ve been convinced that they were justified in resorting to a dangerous permanent solution in order to address whatever crises they were in at the time, but there’s no doubt that they also missed out on what Gibson calls “a process” – that is, the mysterious unfolding of lived life with all its tragedies and sorrows, its hopes and possibilities.

Gibson doesn’t mention abortion in her conversation with Gregory – she might even be pro-choice, for all I know – but it’s very clear that she’s glad he’s in the world. No doubt, all those many women who took advantage of Jane's abortion services were facing excruciating circumstances, or else they wouldn't chosen such an extreme solution. But how many of them had a chance to talk with somebody like April Gibson, who could've assured them that there was still hope? The hardships she endured as a single mom, the doubts and sense of failure – no fairy tale, as she says – were clearly well worth it. It’s an outcome she could’ve never predicted at the time of her pregnancy, but that makes her decision to “just take care” of her baby – to do what she was “supposed to do” – all the more valiant.

Happily, it's a valiancy that Gregory himself both recognizes and cherishes. As he told his mom at the end of their conversation, “You’re just the greatest person that I ever know. And I just want to be like you.”