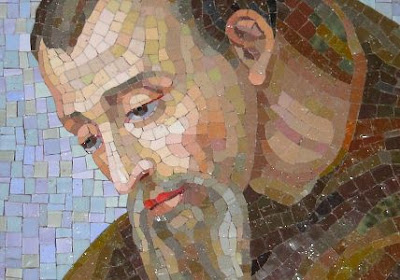 Sometimes holy people are declared saints right after they die. Take Benedict Joseph Labre for instance. Within minutes of his death, the youth of Rome were running through the streets shouting, “The saint is dead! The saint is dead!” – an assessment later affirmed by unanimous acclaim.

On the other hand, sometimes canonizations grind on and on...and on. Like Joan of Arc, whose sainthood wasn’t recognized until 500 years after her death.

Brother Tommaso da Olera’s cause falls into the latter class, which is in line with other delays that pepper his life story.

Born in 1563 in northern Italy, Tommaso labored as shepherd in his youth to help support his family. With no resources and no schools nearby, he missed out on an education, but eventually he did acquire a rudimentary literacy after joining the Capuchins at age 17.

Tommaso flourished in his vocation and advanced quickly in the spiritual life. A collection of his mystical writings, Fuoco d’amore (“Fire of Love”), was published 50 years after his death, and it reveals a sublime grasp of ascetical theology. It was among Pope St. John XXIII’s favorite spiritual works, and the Pontiff had portions of it read to him on his death bed.

The humble friar’s daily tasks included washing pots, collecting alms, and visiting the sick, but he also joyfully shared the Gospel with everyone he met. His reputation for holiness spread, and in 1619 Archduke Leopold V of Austria requested Tommaso’s assistance in confronting the spread of Lutheranism. Barely literate, Tommaso avoided disputation. Instead, with great success, he simply witnessed to Christ’s impassioned love for his Church.

Br. Tommaso died in Innsbruck in 1631, and it took another 356 years before Pope John Paul II proclaimed the friar Venerable in 1987. Pope Benedict XVI authorized Tommaso's beatification in 2012, and the beatification Mass was finally celebrated by a representative of Pope Francis in 2013.

A shorter version of this reflection originally appeared in Franciscan Magazine, Franciscan University of Steubenville.
Posted by Rick Becker at 6:40 PM